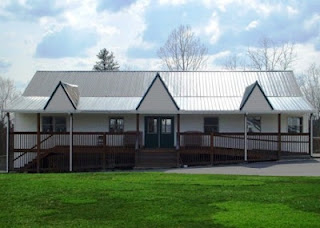 ~ Gospel Team - The Crusaders use puppets, music, illusion, skits and ventriloquism, to share the love of Jesus each year in school programs, churches and community events.

~ Youth Haven Bible Camp - Summer camps and spring/fall weekend retreats for children and teens, and for campers with disabilities. Volunteer opportunities are also available for working at the camp during the Summer months. I have a nephew who is serving there this Summer, and is finding it to be a very rewarding experience. Contact the mision office for additional information. They would be happy to send you a brochure, camper registration forms, or a volunteer application. 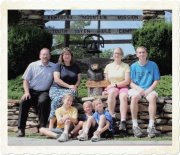 Daniel and his family are currently in the process of trying to raise much-needed support for their monthly expenses. If you would be interested in helping them, or would like more information on this ministry opportunity, please feel free to CONTACT ME.
﻿
﻿
﻿﻿﻿﻿﻿﻿﻿﻿

Two Summers ago, my family and I went to the Cincinnati, Ohio area for vacation. While there, we spent two days at the CREATION MUSEUM, located in Petersburg, Kentucky (near Cincinnati) . It is a part of a Christian ministry called ANSWERS IN GENESIS. We really enjoyed our time there, as it was informational, educational, interesting, and fun. 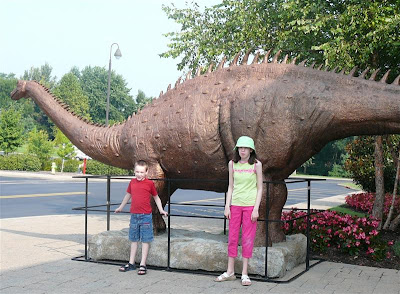 For those who may not be familiar with Answers in Genesis, it is a non-profit ministry dedicated to helping Christians defend their faith and proclaim the Gospel of Jesus Christ effectively, while focusing primarily on topics surrounding the book of Genesis - things like the creation of the world, dinosaurs, and a world-wide flood.

If you ever get a chance to visit the Creation Museum, I highly recommend it. But, if you are unable to go,  you can purchase a wide variety of products from the AIG STORE, including books for children and adults, CD's, DVD's, magazines, and curriculum.

There are also various other options for SUPPORTING this not-profit ministry:  Monetary donations, Prayer support, and Volunteer work.  Youth (ages 11-17) and adults are both encouraged to volunteer at the Creation Museum. Check out the GUIDELINES in order to take part in this important ministry opportunity.

For those who are in the St. Louis area, Gateway Biblical Counseling and Training Center is located approximately 12 miles east of St Louis, MO, just off I-64 in Fairview Heights, Illinois.

I have friends and family who are personally involved with this Biblical counseling ministry. Marriage, individual, and family counseling is offered at NO CHARGE. There is only a small charge for a counseling packet as you first begin your sessions. If you need this type of counseling, feel free to schedule an appointment, or request more information, by calling the number listed on their website.

If you would like to be trained to become a Biblical Counselor, Gateway does that, too! (NOTE:  Any classes you take through Gateway can also be submitted to Masters International School of Divinity for credit consideration in their Biblical Counseling degree.)

This is a wonderful ministry with volunteers who take their time to counsel and train. If the Lord lays it on your heart, please consider supporting them through your monestary DONATIONS.

I had often wondered why Isaiah 41:13, as well as many other verses in the Bible, mentions the RIGHT hand in the verse. So, I recently did some research and decided to share what I found. There is now a new tab towards the top of this blog, titled:  WHY THE RIGHT HAND? Just click on that to go take a look!
Posted at 3:45 PM 2 comments:

Email ThisBlogThis!Share to TwitterShare to FacebookShare to Pinterest
Labels My Misc. Thoughts

The stripes represent the original 13 colonies.

The stars represent the 50 states of the Union. 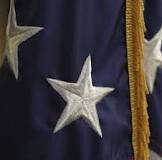 The colors of the flag are symbolic as well: 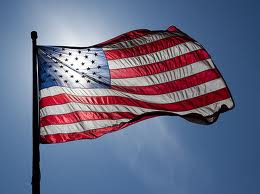 Oh, say can you see by the dawn's early light
What so proudly we hailed at the twilight's last gleaming?
Whose broad stripes and bright stars thru the perilous fight,
O'er the ramparts we watched were so gallantly streaming?
And the rocket's red glare, the bombs bursting in air,
Gave proof through the night that our flag was still there.
Oh, say does that star-spangled banner yet wave
O'er the land of the free and the home of the brave?

Email ThisBlogThis!Share to TwitterShare to FacebookShare to Pinterest
Labels Patriotic

The mission of Medical Teams International is:  To demonstrate the love of Christ to people affected by disaster, conflict and poverty around the world.

Volunteer doctors, nurses, EMTs, and various other medical professionals are sent to areas where healthcare is not otherwise provided. If you are interested in learning more, you can go to the website to read about Disaster Response Volunteer Opportunities.

Not in a medical profession? That's okay, you can still help! There are other USA Based Volunteer Opportunities located in the states of Oregon, Washington, and Minnesota. They accept volunteers who are 16 years of age or older.

There are also various ways to make a DONATION to Medical Teams International. They are a 501(c)3 organization and will acknowledge every donation with a receipt for tax purposes.

NON-CASH DONATIONS are also accepted, such as medical supplies and over-the-counter medications. A great project idea for your church, youth group, organization, or for individual families, is to assemble HOPE KITS and mail them to the headquarters in Oregon. Hope Kits are small packages of either pesonal care items, or school supplies (see the requirements on the list) that are sent to children in orphanages, refugee camps, disaster zones, or communities. Each family/child could package up one two kits, then collect them all and mail all at once. Great service project!

6-26-14 UPDATE:  Hope Kits are no longer listed on the website. But, other types of donations are still being accepted.
Posted at 6:00 AM No comments: