We Must Make the First Move

The word of the week is: FEAR


~anticipation of the possibility that something unpleasant will occur

I remember a time when I had this kind of fear, and I wasn't really aware of it until the actions of a friend opened my eyes...


*
I boarded the train, relieved to have found a seat next to the window. I sat down, situated myself to a comfortable position, and strongly hoped no one would sit in the seat next to mine. However, as I waited for the train to depart, thoughts of recent events began to change my mind. I realized it might not be so bad to have a “neighbor” for the ride after all.

As a student at the Moody Bible Institute in Chicago, I was heading home for a three-day weekend. The plan was to take a cab to Union Station. But, to bring assurance to a loving and protective father, I let my dad know I would try to find a friend who could drive me there instead. A good friend of mine generously agreed to take me; and I admit I did feel more comfortable with him along. I also felt thankful. Not only was I thankful for the ride, but also for him opening my eyes to an important issue:  Christians need to make the first move when it comes to sharing God’s love with others.

On the drive to the station, all I could think about was the train ride, the upcoming weekend, and spending time with my family. My friend, however, had other things on his mind. He pointed out the people sitting and standing around and said, “This would be a great place to come and hand out witnessing tracts.” I agreed, but quickly forgot about his comment. Then, as we were waiting for my boarding time, my friend noticed a little old man in a pea green suit standing in front of us. When the man turned around, my friend greeted him and began a brief conversation. I realized what he was leading up to when he asked the man, “Have you ever thought about where you will go when you die?” I don't remember the full conversation, but I listened as my friend encouraged the man to look more into what the Bible has to say about life after death. Unknowingly, he encouraged me as well. He reminded me that there is a world full of little old men in green suits. There is a world of people who need Jesus. That is why, even in our busiest times, we need to think of others and be willing to spread at least a ray of light into their lives. 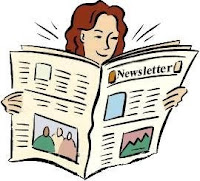 When my thoughts brought me back to the present, I found I was still waiting for the train to depart. A friendly young woman took the seat next to mine and I knew this could be a good opportunity to share the Gospel message with her, just like my friend had done with the old man. But, as the train started to move, the woman began reading her daily newspaper, and I began to read my college publication, The Moody Student. We hardly spoke. During the entire three-hour ride, we must have said a total of two sentences to each other. I left the train without even knowing her name. Why didn’t I follow my friend’s example? Why didn’t I talk to the woman? It’s not because I didn’t want to. As I thought about it more, I realized it was because of fear. I realized we not only have a world full of people who need Jesus, we also have a world full of Christians who are afraid to make the first move - and that definitely included me.

In Exodus 4:10, Moses was also apprehensive about speaking out for the Lord. He said to the Lord, “O Lord, I have never been eloquent, neither in the past nor since you have spoken to your servant. I am slow of speech and tongue.” He made excuses to keep from doing what God was asking him to do, because he felt inadequate and thought someone else could do a better job. But, the Lord did not excuse Moses for his perceived inadequacies. The Lord said in Exodus 4:12, “I will help you speak and will teach you what to say.” Instead of agreeing with Moses' complaints, He encouraged Moses, saying He would be there to HELP him.

Sharing God’s love with others is a task all Christians have been called to do. So, what should we do when we feel inadequate about it? We need to consider the words God spoke to Moses and realize He WILL help us as we speak out for Him. When we sense the need to share our faith, or even something as simple as an encouraging word, we should not let our fears or inadequacies deter us. Instead, we should fulfill what God is leading us to do, knowing He will be there to help us.

I thank God for people like my friend who deliberately shared his faith with a stranger. He was willing to make the first move. I hope we will all follow my friend’s example and allow God to help us as we intentionally share God’s love with others - through our words, and also through our actions.

Email ThisBlogThis!Share to TwitterShare to FacebookShare to Pinterest
Labels My Memories, Word of the Week