BOOK INFO: God Puts Us Where He Wants Us 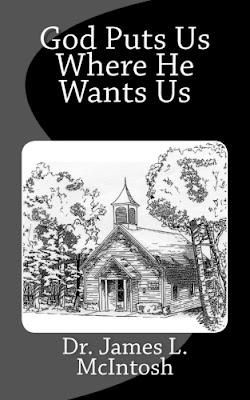 In February 2017, my family and I took a trip to visit my parents. While we were there, my dad (a retired Pastor and Bible College Instructor) handed me a 3-ring binder that included some of his memoirs, thoughts, and past teachings. He told me he finally wanted to start working on the book we had been asking him to write, and asked me to edit it and get it ready for publishing.

I looked over Dad's material, and began editing the book in March. Dad was mostly home bound at this point, but we collaborated via e-mail and telephone calls until his book was finally published on April 17th. This book was a goal Dad had wanted to accomplish, and I am thankful I had the opportunity to help make it happen for him. It ended up being his final project on earth. 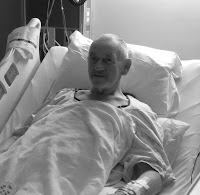 A BRIEF HEALTH HISTORY:  It was over 15 years ago when Dad had aggressive, fast-growing prostate cancer. He was told he would only have several months to live if he didn't seek treatment. After weighing his options, he and Mom chose for him to receive brachytherapy which, in short, is the implanting of tiny radiation seeds that kill off the cancer. The treatment did its job, and Dad was cancer free for the past 15+ years. We are thankful he was given these additional years to take part in the lives of his family and friends. The drawback is that the radiation seeds caused damage to Dad's internal organs and, over this past year, his health began to take a drastic turn for the worse.  Ultimately, his liver failed and he went home to be with the Lord on May 12th, less than a month after his book became available.


Dad wasn't perfect, and he was the first to admit it, but he loved the Lord and was always looking for ways to serve Him. So, when he became home bound, it was hard for him to be less physically active, and he went through a difficult time of feeling somewhat "useless." But, what he eventually learned is that God can and does use us, no matter what season of life we are in. Even as Dad's health was failing, God used him in the hospital to speak with others about the Lord. God also used him to be a counselor and encourager when people would call and talk with him. Finally, God used him to write this small, easy to read, 86-page book that shares "where he has been," and "where he is now" through a collection of memoirs, meaningful moments, teachings, and observations. 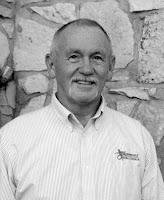 Dad's hope for this book was for his readers to be Spiritually encouraged, and to help us understand how God places us where HE wants us, and then it is our responsibility to serve Him no matter where we have been placed.


Here is the link to order a copy on Amazon in either paperback or Kindle format. (FYI: My mother, Carolyn, is the beneficiary of any proceeds.)
GOD PUTS US WHERE HE WANTS US

SIDE NOTE:  The church on the cover of the book was hand-drawn by my dad from memory. It is Belew's Creek Chapel, a little church he ministered at in Missouri.