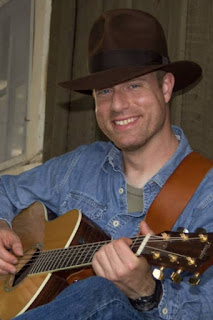 I was recently introduced to Sam Judd by my brother, Daniel. They are fellow missionaries with Kentucky Mountain Mission in Eastern Kentucky and have worked together for several years. As I understand it, everyone at KMM has their own gifts and talents that are being used for the Lord, and some of Sam's gifts are in teaching and in music.

After graduating from Bible College with an emphasis in Pastoral Studies, Sam did a year's internship with the church he had attended in college, and then went on the road with long-time Christian musician Michael Card for 7 1/2 years. Sam worked behind the scenes as a roadie during Michael's concert tours. The core road team in those days was Michael, Ron Davis (Road Manager and Sound Engineer) and Sam.

Since then, Sam has recorded three albums of his own. His third one, I Am With You, is set to be released on July 11, 2017. I have listened to this new album and am impressed with the many great songs written and co-written by Sam. It is evident these songs were written from real life experiences, bringing honest encouragement and hope to those who may be struggling. Sam says this about the album:


"I Am With You" is my third album. It is engineered by Keith Compton, who I first met during the recording of Mike's "Scribbling In The Sand" recording. We've spent a ton if time together over the years during Mike's recordings and during mine. He is a true brother! Keith was talking to me about how he liked the song "I Am With You" as we were recording, and I came to realize that the theme of God being with us, of never leaving or forsaking us, and the price He paid on Calvary to make this relationship possible, really ties all the songs together. 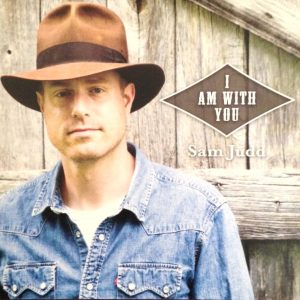 I encourage you to listen to samples of  Sam's latest album and/or pre-order a copy on his website here, where $15.00 includes shipping and handling: http://samjudd.com


Sam would also enjoy and appreciate the opportunity to visit with you and minister at your church. Please feel free to contact him through his Facebook page, or through the form on his website for more details.
Posted at 6:30 AM