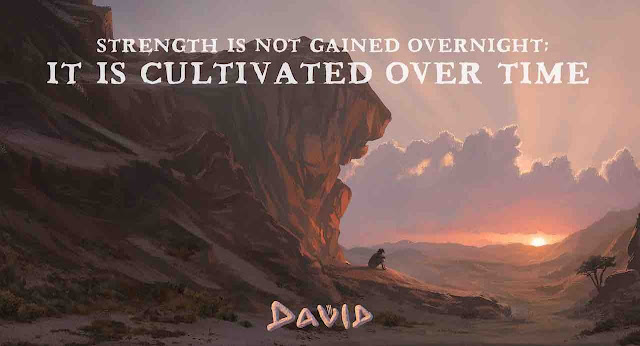 SUNRISE PRODUCTIONS is raising money to fund a new animated feature film about the David of the Bible! Think of how The Chosen was started - through a crowdfunding campaign. Now, there is an opportunity for you to help the rise of this new animated film about David - one that is believed to become the most-viewed animated film of all time by telling the story of David as you’ve never seen it before.

David’s life was defined by his courage, faith and his love for God, along with his relatable humanity. As a shepherd, a poet, a warrior, and a king, he is one of the most inspiring characters in human history with an incredible "underdog" story. I'm sure everyone is familiar with how this shepherd boy took on a giant and won with God's help. But, his story is much more than that. David's life is a God-given story that can inspire us all to live more courageously, and love more generously.
Here is a 5-minute demo of the film:
If interested in knowing more, check out this short introduction of the film below. From what I hear, the film includes the humor, music, and adventure of Tangled, paired with the biblical authenticity of The Prince of Egypt. It will be distributed by ANGEL STUDIOS, the same studio behind the success of The Chosen.
I am looking forward to seeing this film. It looks fun and interesting and, as long as it is truly biblically accurate, I can see it becoming an impactful film for children of all ages, as well as inspiring to all who watch it.

USE THIS LINK TO INVEST:
DAVID
GIVEAWAY:  One (1) autographed copy of the book, The Viiith (8th) Son, by Phil Cunningham, which was the inspiration for DAVID. To enter, leave a comment on this blog post with your e-mail address, or on the post on our FACEBOOK PAGE, or send me a private E-MAIL or a private message on Facebook with your contact information. Entries must be received by Wednesday, December 15, 2021, at 8:00 p.m. Central Time. A random drawing will be held and the winner will be contacted. You will have 24 hours to respond before a new winner is chosen. Limited to USA residents only.
WINNER:  Daneille S.
Many thanks to Sunrise Animation Studios for providing a sample of the product for this review. Opinions are 100% my own.
#DavidMIN
#MomentumInfluencerNetwork