CHRISTMAS HYMN: Who Is He in Yonder Stall? 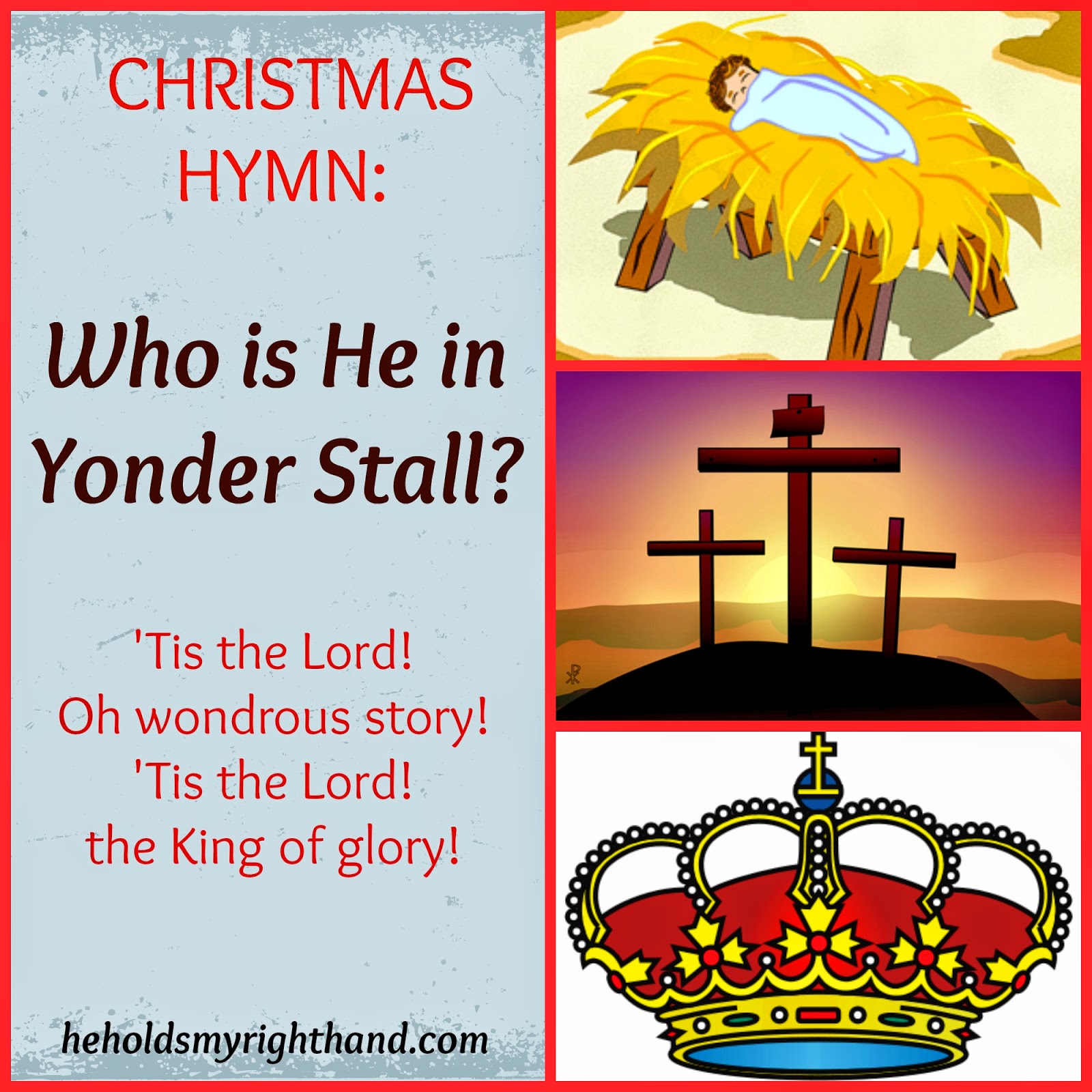 Benjamin R. Hanby was born in Ohio in 1833. The son of a preacher who spoke about the evils of slavery, he wrote one of America's greatest antislavery ballads, "Darling Nelly Gray," but he was at his happiest when he was writing Sunday School songs for children. He took a special interest in children, and in music. Tragically, he lost his life to Tuberculosis in 1867 when he was 34 years old. About a year before that, this hymn was published. It is a Christmas hymn that doesn't just cover the birth of Jesus, or the shepherds, or the angels, or the wisemen. It goes much deeper and covers the life of Jesus from Bethlehem to Galilee. It gives us the full story of the Christ child and explains WHY he came to earth. He wasn't just a cute little baby lying in a manger. He was born to be the King - the Savior - of the world.

WHO IS HE IN YONDER STALL?
Words and Music by:  Benjamin Russell Hanby

Who is He in yonder stall,
At whose feet the shepherds fall?
Who is He in deep distress,
Fasting in the wilderness?

Who is He the people bless
For His words of gentleness?
Who is He to Whom they bring
All the sick and sorrowing?

Who is He that stands and weeps
At the grave where Lazarus sleeps?
Who is He the gathering throng
Greet with loud triumphant song?

Lo! at midnight, who is He
Prays in dark Gethsemane?
Who is He on yonder tree
Dies in grief and agony?

DEFINITIONS:
Succor: Something that you do or give to help someone who is suffering or in a difficult situation