TRUST #24: Allowing Our Son to Go and Do 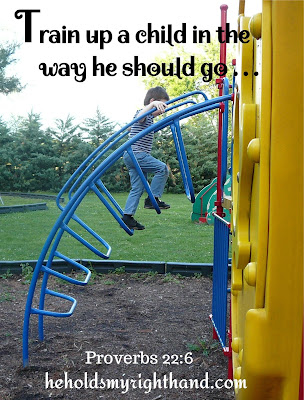 As I look at the photo above (taken in 2008), I see my 5-year-old son, JJ, and smile. He was so little then, and was so dependent on me and David. We knew he could have easily fallen and gotten hurt while playing on this playground equipment; but we also knew we needed to allow him this time of play. Why? Because, as he was having fun playing, he was also developing a range of much-needed skills. He was developing motor skills, coordination, creativity, confidence-building, and independence - all necessary skills that have helped him learn, grow, and engage in the world around him.

JJ is 15 years old now, and he is experiencing a new form of independence and confidence-building skills while spending a large part of his summer 6 hours from home. He is with my brother and his family at Youth Haven Bible Camp in the hills of Kentucky. The first week of June, he attended Jr. Staff Orientation, then spent a week of being a camper during teen week, and now he is working and serving as a Jr. Staff member until the middle of July. 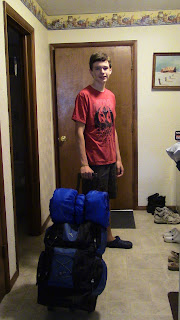 If you are a parent, you can understand how difficult it is to allow a child to go so far away from home, and for so long of a time; but, I realize that allowing JJ to go and do new things is all part of the growing up process - for both him and for me (heh heh). So, I have been praying for JJ daily, and have been choosing to TRUST in God by placing JJ's well-being into God's hands. In fact, David and I have both been praying, not only for JJ's health and safety, but also for his spiritual growth, and for him to have learning experiences that will help shape him into the young man God wants him to become.

I remember back when I was barely 16, and I spent most of the Summer working as a "summer missionary" at Camp Good News in Minnesota. I have memories from that time of situations that have helped shape my life and make me the person I am today. I can only ask the same for JJ. So, although I miss him, I am thankful he has this opportunity to spend some time with his cousins, and to serve and work at the camp.

Playing in the park can help a young child's development. In the same way, being away from home for awhile can help a teenager's development. I am TRUSTING that this experience will be an exciting time of learning and growing for JJ, and I look forward to hearing about all he has done and learned during his time away.