TRUST #40: Trusting There is a Reason for Delays 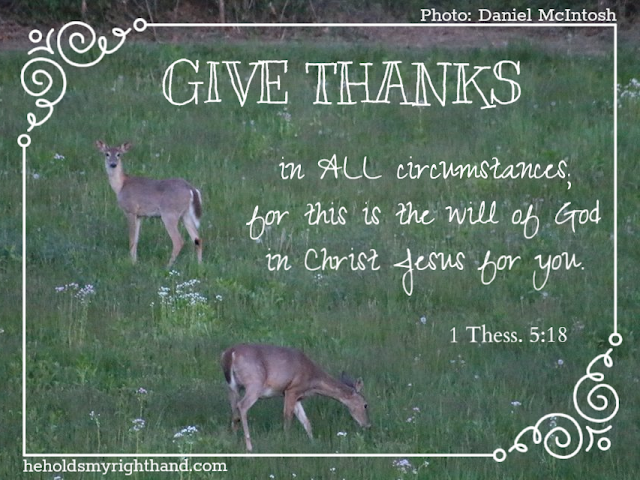 My husband, David, has not had much chance to sit down and write a "Trust Post" for me. But, he recently told me about something that happened to him on his way home from work, and said I could share it.

While getting into his car, he somehow dropped his cell phone and it bounced underneath of his car. He had to bend down and reach under the car to retrieve it, which took maybe a total of 5 seconds of his time. He could have easily grumbled about the delay, even though it was a short one. But, instead, he wondered if maybe there was a reason for it.

It was getting dark out because David had stayed later that evening. So, it was harder to see things out in the fields. As he was driving through the country, a deer jumped out in front of his car and he just missed hitting it. He figured, if he had met that deer just 5 seconds sooner, he would have definitely hit it. Remember ~ It had taken him 5 seconds to retrieve his phone from under his car.

So, the next time you are frustrated about a delay, take a deep breath and TRUST in the fact that God is in control. He may be causing your delay in order to spare you from an accident or a tragedy that is about to happen.

Email ThisBlogThis!Share to TwitterShare to FacebookShare to Pinterest
Labels TRUST