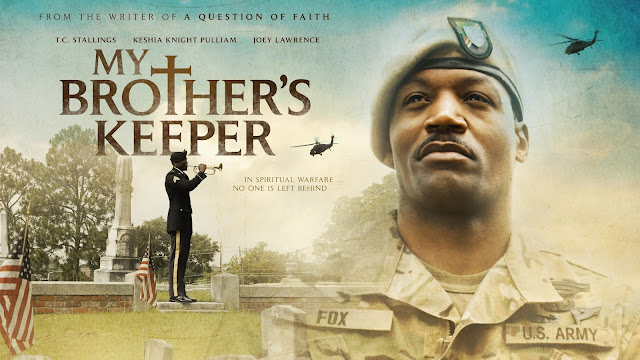 ABOUT THE FILM:
MY BROTHER'S KEEPER is an intense, yet hope-filled, Christian film that shows the reality of PTSD (Post Traumatic Stress Disorder) and how it can affect returning war veterans. It features T.C. Stallings (War Room), Keshia Knight Pulliam (The Cosby Show), Joey Lawrence (Melissa & Joey), and Robert Ri’chard (One on One).
MY THOUGHTS:
The story-line was decent and kept my interest. The acting was good also - not a "B" movie. It gave a good presentation of how faith in God can help us through our difficulties, specifically PTSD. Faith in God does not make the PTSD go away, but it gives us hope and can provide healing to our souls.

The film also shows how some people, including Christians, can get confused about God's love. They think God doesn't love them, or care about them, because He doesn't stop "bad things" from happening to them. In the film, the main character was ready to end his life because he had the wrong impression about God's love. But, God doesn't always give us what we want in life. He doesn't keep "bad things" from happening to good people. What He does do is provide Salvation through His Son, Jesus Christ, and gives hope where there is no hope. That is the greatest love there is! He also gives strength in our difficult days, and promises to never leave us alone.
THINGS TO NOTE: (1) Salvation was explained with what appeared to be a Baptismal Regeneration view. (2) The film includes guns, shootings (during combat, and also during a drive-by shooting), a suicidal attempt with a gun, and intense yelling scenes. (3) The shooting scenes are not graphic, but could be a bit too intense for younger children. 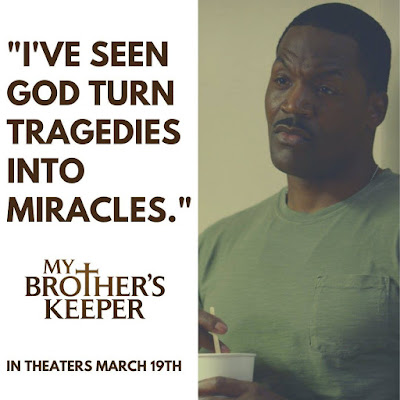 Go see MY BROTHER’S KEEPER when it comes out in theaters on March 19th, or find a church that is hosting it. You can host the film at your church through the FAITH CONTENT NETWORK.
GIVEAWAY:
One winner via random drawing will receive a digital link to view this film. If you are subscribed to this blog through e-mail or Facebook, you will automatically receive one entry in the drawing. For an additional entry (whether subscribed or not), leave a comment by Saturday, March 20th, 6:00 p.m. Central Time. If your name is selected, I will contact you through e-mail and/or Messenger, and you will have 24 hours to respond before I select a different name. (You must live in North America). NOTE: Since this is a theatrical release, the digital code will not be available until the film is released on home entertainment.
WINNER:  Jeremy H. 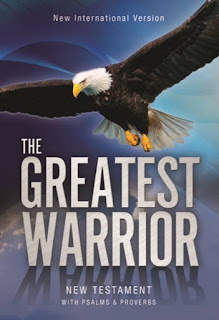 Enter to win 1 of 20 "The Greatest Warrior" Bibles, as well as a grand prize Zoom call with the lead actors in the film: T.C. Stallins, Keshia Knight Pulliam, and Robert Ri'chard! Enter here:  WARRIOR BIBLE 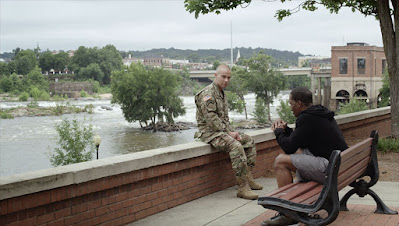 DISCLOSURE: Many thanks to Collide Distribution for providing this product/product information for review. Opinions are 100% my own and NOT influenced by monetary compensation. I did receive a sample of the product in exchange for this review and post.#MyBrothersKeeperMIN
#MomentumInfluencerNetwork
Posted at 6:30 AM