Cancer Journey Part 17: A Problem with My Port

I have had 5 doses of Taxol so far, and have 7 more to go. Things have generally been going well with the Taxol, as far as side effects go. Thankfully, fatigue has not been a huge problem anymore, except for on the days of treatments. The biggest side effects I’m experiencing are:

However, a few weeks ago, I started having some issues with my port (a Bard Powerport). At first, the nurses were unable to push anything through without slamming it in. It seemed to be just a positional thing, as it worked fine if I laid back in a recliner. Then, two sessions ago, when the needle was removed after treatment, I bled a lot more than usual and ended up bruising and swelling quite a bit around the port site. This past Tuesday was the final straw. When it came time to push the pre-meds through the port, I began feeling some pain and the nurse noticed the area around the port had begun to bulge. The meds were pooling under the skin for some reason. They ended up putting an IV in the side of my wrist and gave me the treatment through that; then set up an appointment for me to get a Port Study done at the hospital the next day.

The nurses in Radiology were great and made me feel as comfortable as possible. X-rays were taken with and without a contrast dye. Then, the Radiologist came and talked with me and David about what he saw. Apparently, I have what is called PINCH-OFF SYNDROME. It is a somewhat rare condition that happens when the catheter is repeatedly pinched between the clavicle (collar bone) and the first rib. The repeated pinching wears out a portion of the catheter, causing it to crack. In some cases, it can even break off completely, causing more serious complications. I praise God that didn't happen with me! But, obviously, since the port is now cracked and leaking, it is not able to be used. So, I am waiting to get scheduled for removal of the port.

I had the option of either having a new port installed, or going without one for the next 7 treatments. I chose the latter. I am hoping it is the right decision. My thinking is that, as long as the Taxol is not going to burn the veins (which I've been told it shouldn't), then I would rather go through 7 more IV insertions than have the risk of another port malfunctioning or have the need to have an additional surgery to remove the new port once treatments are done. I know some people keep them in for years with no problems, but I am apparently one of the "lucky" ones who DID have a problem. My husband says, since I’m so "lucky," maybe I should go play the Lottery. Ha! But, anyway, now I’m just waiting for surgery to be scheduled. My guess is it will be sometime next week.

So, how do I feel about all of this? Honestly... I’m not angry with God; but, I AM frustrated with the whole situation. I’m ready for chemo treatments to be done, and I’m ready for my life to get back to normal. But, then again, I guess dealing with this cancer IS my new normal. I know my life will never be the same from now on. So..... through it all, I will continue to cling to God’s hand; and I will continue to press on.... 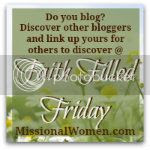